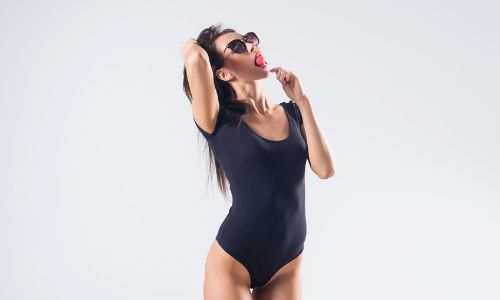 She didn’t quit at all as we hit the deep dip by the Methodist church. She knew it was coming and giggled with pleasure when my swollen mushroom tip hit her throat. She only went deeper as we neared the only four-way stop in town. My head reeled and I slid down into the bench seat. My hands slacked from the wheel to caress her back.

At the four-way, an old rancher rolled up when we did. Headed south, he sat in his ten-gallon hat, waiting with a dually Ford hooked to an enormous trailer. He gave us the friendly go ahead just as my girl sat up from pleasuring me. It couldn’t have been more obvious.

And that’s how the story started. That rancher drove home obsessing over what he saw, and he was jealous. He got hard driving home. He couldn’t wait to tell his buddy Jed, and he wondered if he should mention it to the wife. She hadn’t sucked his dick in twenty years, and he thought she might be enticed by the idea of a romantic couple he chanced upon.

She did in fact. And she ate every inch of his dick that night. She made him shower, telling him he smelled too much of hay and cattle, and he was annoyed at first, but he didn’t know her intent. She put the kids to bed early and closed the bedroom door. He suddenly saw her motive, and felt stupid for not seeing it sooner. He couldn’t wait.

The regaled tale of lovers at a stop sign lit a passion within her, and she remembered why she loved him. She remembered the romance, the unexpected laughs, the impromptu sex in completely inappropriate places. She kissed his chest and bit him on the nipples. She pushed her hands into his torso with force. She grabbed his face and kissed him harder than he wanted.

Love heart attack. She couldn’t have been happier. True story.

We use cookies for various site operations such as improving website experiences, analytics, remembering preferences or settings, interest-based advertising and marketing.OkNoPrivacy policy
You can revoke your consent any time using the Revoke consent button.Revoke consent
Go to Top